On this edition of the Triple ThreatCast it’s PPV time. WWF Judgment Day has arrived and there is a lot of judging going around. Austin is essentially judging the WWF title match, Mankind is judging Ken Shamrock’s wrestling ability, Ken Shamrock is judging the official decision of his match with Mankind, Marissa and Mel are judging Kevin on just about everything and Kevin is judging judging things just for judgment’s sake. Two big things to be decided here, though. Does Austin get fired and does Mel retain the TTC championship belt? All that plus email on episode 36 of the Triple ThreatCast! 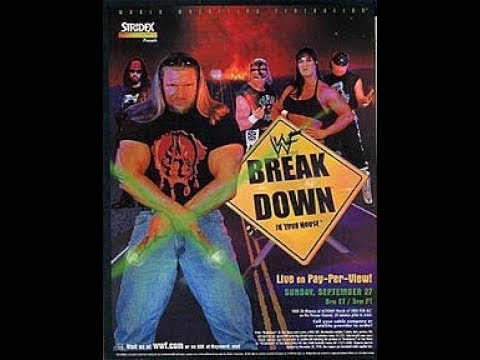 On this edition of the Triple ThreatCast it’s PPV time! Mel and Marissa battle it out for supremacy in the game of predicting things that already happened 20 years ago. After trying to reach the top of the mountain for so long and finally winning the TTC Championship last month, will Marissa retain or will Mel take it away? Also, Mel still does not like Al Snow, Marissa is not at all impressed with Terri Runnels and Kevin has a great tag team idea that never was. All that, plus email, on this PPV episode 32 of the Triple ThreatCast!

On this PPV edition of the Triple ThreatCast, Kevin returns to the show but appears to have left his jokes in Vegas. We’ve got a huge ladder match (okay, so the ladders are pretty normal sized, but the match is pretty big) for the WWF Intercontinental Championship between Triple H and The Rock, Stone Cold defends the WWF Championship against the Dead Man and Mankind even tries his hand at defending the WWF World Tag Team Titles against the New Age Outlaws all by his lonely self. But the biggest battle of them all is over who will win the TTC predictions title! Much like Edge, Mel is undefeated (though, unlike Edge, she hasn’t broken anybody’s neck…yet). Can Marissa finally break through and win her first championship? All that, much more, plus email, on episode 27 of the Triple ThreatCast! 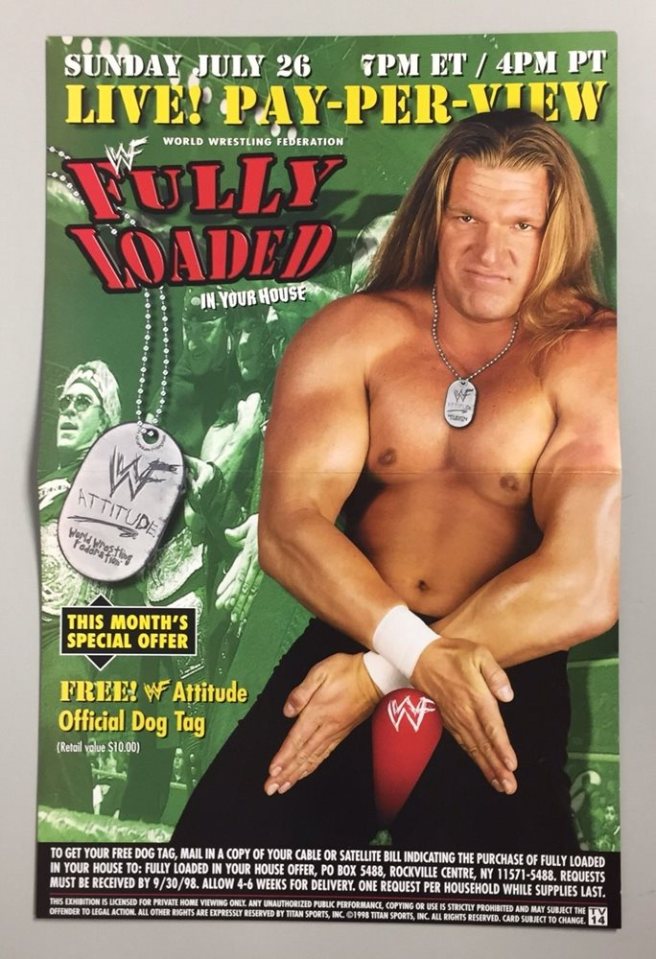 On this edition of the Triple ThreatCast it’s PPV time and we react to the Fully Loaded PPV from 1998. The head to head battle between Mel and Marissa for PPV prediction superiority gets personal and it’s all Dan Severn’s fault. Also, Marissa almost does the unthinkable in the Top 3 Superstars segment, Mel kinda maybe sorta promises a riot after the Undertaker/Triple H match at the Super Show Down next month in Melbourne, and Kevin has to explain that it was really an act of chivalry that he was the one to introduce the bikini contest segment. All that plus emails on episode 21 of the Triple ThreatCast! 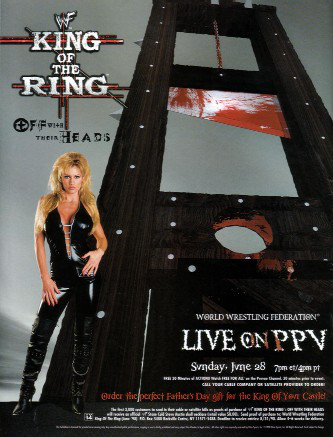 It’s time for the King of the Ring PPV which means it’s time for a Triple ThreatCast supershow! Superfan Josh, from the Tales from Godric’s Hollow podcast, joins Kevin, Marissa and Mel to discuss this pivotal PPV of the early Attitude Era. The gang discusses the King of the Ring tourney, now down to Ken Shamrock, Dan Severn, Jeff Jarrett and The Rock. Who will take home the prestigious title this year? Mel decides Paul Bearer should join Tennessee Lee on her list of managers she doesn’t care for. Marissa lets the expletives fly when the main event result comes in. Josh discusses watching this PPV live and Kevin recalls having to go to something called a video store and rent it on something he called a VHS. He’s probably making these words up. Will Marissa end Mel’s PPV predictions streak? Catch all that and much more on episode 16, a very special edition of the Triple ThreatCast!